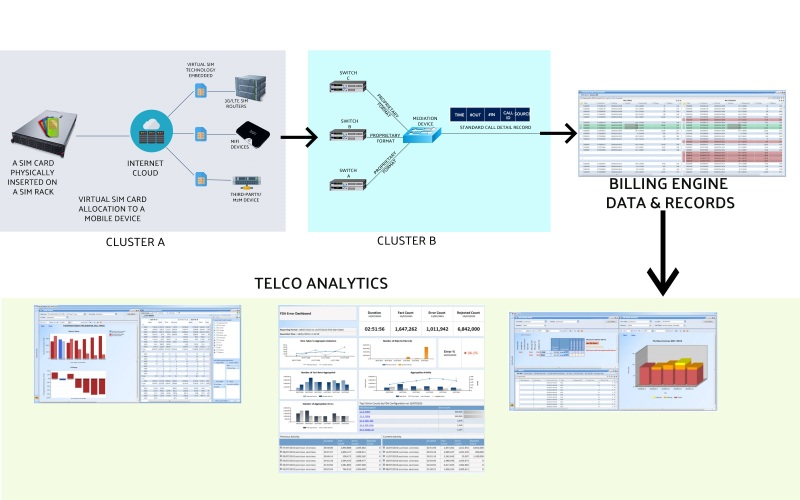 A controversy has been raging in Ghana in recent weeks: the country’s Ministry of Communications says it doesn’t trust the tax declarations of the telecom network operators and want a way to independently gauge their traffic and consequent revenue.

This is despite the fact that the telecom companies pay at least 35% of all corporate tax in Ghana, despite the share of telecommunications in GDP being less than 3%. Anyway, the government passed a law a year ago requiring this independent verification, giving legitimacy to a practice that started a decade ago.

So far, the country has been paying in excess of $30 million a year to pursue this independent verification agenda. This year the contracts of some of the companies it has hired to this work were revised and one terminated, but the net effect remains the same. Roughly $18 million goes to one contractor for monitoring call volumes and network fraud, and an unclear amount, but certainly not less than $12 million, goes to another for mandatory interconnect services, which were also justified on grounds of minimising telecom sector fraud (in most countries, telecom networks enter into direct arrangements to interconnect or decide on their own to use a clearing house.)

There is a growing concern that these programs are ineffective, and are merely enriching vendors. Everyone agrees that only about 20% of all the taxes telecom companies pay are sensitive to this kind of topline revenue monitoring, if it does in fact works. These taxes – notably the Communications Service Tax – net less than $80 million a year. To spend nearly 40 cents to monitor, assure and collect each $1 is highly irregular. Ghana generally spends about 2 cents for each dollar of corporate tax it collects. In the UK, the costs are half that amount for equivalent revenue per taxpayer.

Having some time on my hand this evening, I decided to break down the problem, and design a solution from the bottom up.

In tribute to the Godfather of “tropically tolerant tech”, Herman Chinery-Hesse, we are calling it: “The Nii Tettey Telco Tax Assurance System” (NTETAX).

The chief design constraint was that it should cost no more than $55,000 a year to set up and run, but it should be more effective than the Afriwave-Subah-KelniGVG model that has been in use since 2015 at a cost of more than $30 million per year by a significant factor. I approached the problem from a Value Operations Methodology standpoint. The process has been, at a very high level, graphically described in the figure above.

Here is how NTETAX will work.

Here is how it will work:

A. Randomly sequenced automatic call, data, mobile money, SMS and USSD sessions are initiated from the SIM gateway to all CST-collecting ISPs and telcos round the clock.

B. These probe-sessions are duly recorded in the database.

E. CDRs are received at the end of each working day in XML or CSV format from each of the regulated CST collectors via an FTP interface or other agreed file transfer protocol. The data dumps go into a database and are primed for analysis.

F. The Equinox or Neon software parses and generates summary statistics and conducts re-rating based on shared tariff rules.

H. The “mystery call” probes from the SIM gateway records are now meticulously crosschecked by the proprietary application with data contained in the CDRs and SCRs sent from the telcos. An error rate of 1 out of 10,000 sessions may be reasonable.

I. If the error rate is exceeded, a reaction limit module generates an alarm. This is a sure sign of an anomaly (note, however, that the mistake may not be deliberate) and a prompt for investigative action.

J. The SIM cards in the SIM racks are replaced at a constant rate.

K. Naturally, the MSISDNs of the probe SIMs have to be in an encrypted file, as breach would compromise the whole model. This system can be up and running at the NCA and NITA in 2 months. Training and handover should take a further 6 weeks. Three new personnel are required to oversee the operation in the data room – a DevOps engineer, a Revenue Analyst and Database Administrator. Existing personnel working for the Ghanaian Tax Authorities can be trained to support as investigation officers and assistant revenue analysts.

Unless some fatal flaw is detected upon closer scrutiny by some ultra-specialist, this compact solution seems on first inspection a superior replacement for the current system which relies solely on CDRs from the telcos but lacks both adequate re-rating capacity as well as a ground-truthing scheme. And of course, it costs $55,000. Even if it replaces only the traffic monitoring and anti-fraud solution currently in place, that’s still more than $17.9 million saved. Not small change in any Sub-Saharan African country.